What Is the Tide Pods Challenge? 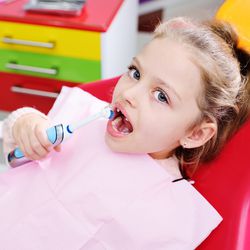 According to the Alexandria, Virginia-based American Association of Poison Control Centers (AAPCC), American emergency rooms handled a record 39 cases of poisoning from intentional ingestion of Tide Pod laundry detergent packets among patients between the ages of 13 and 19 in the first week of 2018.

In the first three weeks of the year, that number soared to 86, thanks to what is being called the "Tide Pods challenge," a social media dare that has teens eating the fast-dissolve detergent packs on film and posting the video to YouTube. The problem is, unlike its predecessors like the "cinnamon challenge" (where teens attempted to down mouthfuls of powdered cinnamon to disastrous results) and the "ice bucket challenge," which had people dumping buckets of ice-cold water on their heads to raise money and awareness for Amyotrophic Lateral Sclerosis (ALS), the Tide Pods challenge is extremely dangerous. Here’s why you and your teen should definitely skip the trend.

Tide Pods are made of very concentrated laundry detergent, with 90 percent active ingredients and only 10 percent water. The pods are no strangers to emergency room staff - in fact, last year alone there were over 12,000 poison control calls for people eating laundry detergent pods, mostly for children aged 5 or younger. Another startling statistic? Last year, detergent pods accounted for a full 25 percent of chemical burns to the eyes in children aged 3 to 4.

If your teen has mentioned trying the Tide Pods challenge, tell him or her about the dangers these detergent packs can do to the mouth and body.

Poisoning – One of the most obvious dangers of ingesting a detergent pod is being poisoned by the detergent itself. This can cause nausea and vomiting and has even resulted in the death of several young children.

Burns – One of the biggest problems these pods cause isn’t necessarily the poisoning but the chemical burns. Detergent pods are designed to burst in hot water. So, when you put one in your mouth, it will most likely burst, and all those active chemicals will either burn your cheeks, tongue and gums, or burn your throat, esophagus and stomach as they’re swallowed.

The pods also contain bleach, so those burns will be extremely painful, and though they will heal, they may cause permanent damage, including narrowing of the airways and damage to the digestive tract. They can even damage the enamel of your teeth!

For those who are jumping on the trend of vaping with Tide Pods, don’t think you’re safe from the dangers associated with ingesting them: Vaping these chemicals can cause serious damage to the lungs.

Bottom line, you may laugh at the jokes and memes, or maybe even eat one of the donuts that look like a Tide Pod (just brush your teeth after!), but don’t let your kids see you – use it as an opportunity to teach your kids that they don’t need to do something just because their friends dared them, and just because something is brightly colored and squishy doesn’t mean you should eat it.