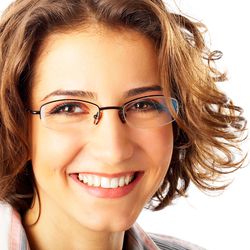 Recent headlines about the Ayurvedic practice of oil pulling has sparked the American Dental Association (ADA) to begin researching the validity of practitioners’ claims that daily oil pulling can eliminate bacteria in the mouth and whiten teeth. Dr. Martin Abelar encourages patients not to ditch traditional brushing and flossing to take on this new craze.

Oil pulling proponents believe that swigging approximately a tablespoon of coconut oil, olive oil, spearmint oil, or some combination of these oils for approximately five minutes a day can remove toxins and bacteria from the mouth. The theory is that during the swishing or “pulling,” the oil absorbs the bacteria into the oil, which the practitioner then spits out once the pulling is complete.

Homeopathic healers have identified coconut oil as having anti-inflammatory properties as well as antibacterial qualities. The same is believed of other oils that are formulated and distributed for this purpose.

At this point in time, the official stance of the ADA regarding oil pulling is that the practice is not harmful, but more research is needed to sufficiently ascertain whether it is actually helpful. The ADA recommends choosing dental products that have been marked with the official ADA seal of approval, and encourages patients to continue brushing and flossing at least twice a day. If you ever have any questions don't hesitate to contact us at (858) 866-9692.