The Value of Cosmetic Dentistry 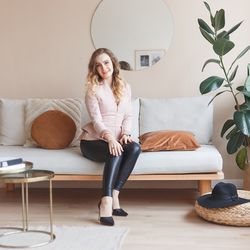 As we watched the Rio Olympics it was hard not to reminisce about the headlines made by Team USA swimmer Ryan Lochte’s Grillz that were first seen in Beijing in 2009 and sparking controversy when he was asked to remove them before climbing to the podium to received medals in the 2012 London Olympics.  In an issue of Us Weekly, Lochte was quoted as referring to them as being like diamond studded retainers.  One might even jest that like Lochte, many Americans might find the pursuit of the perfect smile worth its weight in diamonds…or gold.  Dr. Martin Abelar is a cosmetic dentist helping patients in the San Diego area don their own perfect smiles.

Maybe not everyone wants to wear the American flag on their teeth as Lochte did.  For many, the goal is simply to have straighter teeth.  Or whiter teeth.  Or mercury free fillings.  Historically, gold was the metal of choice for dental restorations because it was malleable, non-corrosive, and hard enough to form a biting service.  Additionally, gold has been studied for its anti-inflammatory properties, which are still used in a variety of medical and cosmetic products today.

In the 1980s gold dental restorations fell out of the mainstream, largely due to the rising value and price of gold, and the availability of new silver amalgam fillings.  Amalgam fillings remained the standard of care when 2005 when the FDA began soliciting research and recommendations to determine if amalgam fillings should be banned due to the toxicity of their mercury component, as had already been done by Norway, Denmark and Sweden.

Composite resin fillings have now become far more popular than amalgam due to the fact that they can be formulated to match the coloration of the patient’s natural teeth, which most people find more cosmetically appealing.  Fads like Grillz and dental charms designed as jewelry to be cemented to the teeth will come and go, but having a great smile never will.

If you would like to consult about your options for upgrading your dental aesthetics, contact our office at 858-866-9692.