Vaping Illness on the Rise 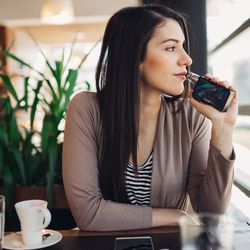 There’s no denying vaping (the smoking of e-cigarettes) is growing in popularity among Americans. Unfortunately that group includes teens and young adults. In fact, vaping has increased among this demographic by double since 2017, with numbers shooting from 11 percent of 12th-graders to 25 percent; 8 percent to 20 percent among 10th-graders; and from 4 percent to 9 percent among eighth-graders. Yes, you read that right. Eight-graders are using e-cigarettes, according to a study by the University of Michigan’s Monitoring the Future Study.

Unfortunately, as these numbers are increasing, so too are the reports that vaping is more dangerous than we realized - even deadly. Recent cases in states like Massachusetts have left several vapers hospitalized and several dead, after an illness suspected to be due to "chemical exposure," or, according to a report from the U.S. Centers for Disease Control, possibly vaping of tainted THC, the active ingredient in marijuana. In fact, as of the writing of this blog, 34 people have died in recent months due to vaping related illnesses - and this doesn’t take into account the injuries that occurred in recent years due to vape devices exploding mid-use.

While nobody has yet figured out what is causing these vaping illnesses, one thing we do know for sure is that vaping is dangerous for your oral health. Though it does not contain the harmful smoke that is responsible for many lung conditions, vaping isn’t actually vapor, either - it is more of an aerosol that is sprayed into the lungs. Depending on what fluid is being vaped, it may also be also chock full of nicotine, the substance in cigarettes that is so addictive.

In addition to its addictive properties, nicotine is also known to cause everything from high blood pressure to the hardening of the arteries, which has been proven to lead to heart attack. Worse yet, when it comes to vaping fluid, there is no regulation for how much nicotine is present, so in theory there can be much more nicotine in vaping fluid than there is in traditional cigarettes. In fact, this has already proven to be true for many vaping fluids that have been tested.

Bottom line, vaping can be dangerous, whether we’d like to believe it or not. With no data on long-term health effects, we have no idea just how harmful vaping may turn out to be. Thus, if you are considering trying vaping either as a smoking-cessation tool or just out of curiosity, don’t. If you need assistance quitting smoking, speak to your general practitioner or Dr. Abelar for healthy tips that will keep you away from the vape device and end your nicotine addiction.