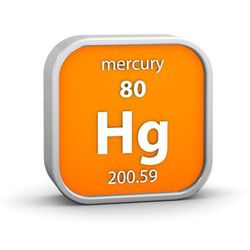 It can be hard to keep up with emerging technologies and news in the healthcare world. You may be wondering if the dental care you are receiving is safe and modern, so today we’re going to talk about two red flags that may indicate it’s not.

Have you heard of the saying ‘Mad as a hatter’? If you have, you may not know that it started in the 19th century when what is known as mad hatter disease became such a phenomenon that word began to spread all over the world. Hat makers from Russia to England and even the U.S. were experiencing, unbeknownst to them, mercury poisoning because of the chemicals used to treat the hat materials and aid in their forming.

You may be wondering what that has to do with your dental health. Well, silver fillings are quite misleadingly named since they actually consist of about 50% mercury. In fact, the World Health Organization (WHO) says that 53% of the mercury emissions found in our environment are due to these fillings and other laboratory devices. In medical speak, the filling material is called amalgam, and although there are conflicting reports as to how safe its use is in dentistry, there’s simply no reason to continue using it. Resin, a tooth-colored material is widely available for fillings and possesses better and safer physical properties without the danger of a toxic substance.

Many dentists are so concerned about the potential toxic vapors that are constantly emitted from amalgam fillings that they offer removal and replacement of them with the safer composite material. When placing and removing amalgam, great care is taken including gloves, masks and a special disposal system so that mercury does not enter the ground or water systems. If they are supposedly so safe, why the need for all the protection?

The other red flag practice that is simply outdated and unnecessary is the use of traditional x-rays. Research has shown that repeated exposure to high levels of radiation can be extremely harmful. Thanks to modern technology, digital x-rays use up to 90% less radiation compared to their traditional, film ancestor. In addition to a safer environment when having the x-rays taken, the replacement of the film with a digital exposure means that the chemicals and waste used in traditional development are no longer needed. This is both safer for the technicians and for the environment

Another welcome replacement for patients includes the biting papers that were necessary to get good images with traditional x-rays. These uncomfortable and unpleasant tasting papers often felt bulky, awkward and even occasionally cut the insides of mouths. Digital x-rays only require a comfortable sensor to be placed in the mouth that provides a digital connection to the machine. It’s not only more comfortable but also less intrusive and faster. In as little as three seconds, digital images are available on the screen that can be easily resized and manipulated to see problem areas better and detect any issues long before they would be noticed with traditional x-rays.

If you are concerned about the use of traditional x-rays or silver fillings in your current dental practice or want to find out more about having your silver fillings replaced with a safer and more natural looking alternative give us a call today at 858-866-9692.