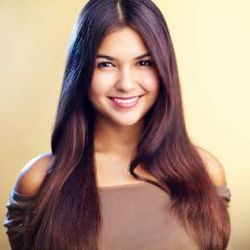 If you’ve ever lost an adult tooth, you already know your options for replacing that tooth are limited. Dentures, partials or bridges give you the look of having a tooth where one is missing, but they aren’t permanent and can still cause a great deal of insecurity to wearers. Dental implants are a more permanent solution, but their high cost can be prohibitive to some budgets, and they do carry a risk of implant failure that can cost the wearer portions of his or her jawbone. But a new procedure under development at Columbia University may provide a solution that patients will really want to sink their teeth into.

Led by researcher Dr. Jeremy Mao, the Edward V. Zegarelli Professor of Dental Medicine at Columbia University Medical Center in New York, a team of scientists have discovered a way to use stem cells to regrow teeth in mice in just nine weeks. They do it by directing the body’s own naturally occurring stem cells to regenerate an "anatomically correct" tooth by encouraging the cells to regrow at a special growth-factor-infused, three-dimensional scaffolding. The tooth can then be implanted into the gum socket, where the tissue envelopes it and secures it into place, just as it would a naturally developing tooth.

Dr. Martin Abelar is a dentist in San Diego, California. He says technology such as this new procedure could revolutionize the dental industry - if it can be done affordably.

"The issue with new procedures like this is often that it is very expensive, and may not be covered by insurance," says Abelar. "Even the options available now like implants and dentures aren’t always covered by some plans, and if they are they may still not cover enough to be affordable."

Abelar says that for now, the best solution is to take excellent care of your oral health so that you don’t need to replace teeth later on. As for people who already have missing teeth, he’s hopeful this new procedure becomes widely available soon to help restore their smiles and their confidence.

"There are lots of variables we just don’t know about this procedure yet, like how much it will cost and who will be a viable candidate," says Abelar. "But the fact that the technology to do this is here, it’s going to improve the lives of a lot of people, and that’s really exciting."