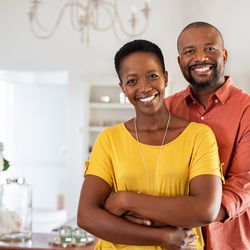 If you follow health news, chances are you’ve probably already heard of something called a polyphenol. Polyphenols are compounds that contain multiple phenolic hydroxyl groups, or any compound that contains six-membered aromatic rings that are directly bonded to a hydroxyl group. While this probably doesn’t mean a whole lot to the average person, the important takeaway is that polyphenols are good for you. They have been found to do everything from acting as an antioxidant, which can reduce and prevent health issues including heart disease and diabetes, to acting as a prebiotic, which can increase the number of good bacteria in your gut, aiding in digestion, weight management and even disease prevention.

But now, a new study published in the Journal of Agricultural and Food Chemistry has revealed that polyphenols - specifically the ones found in red wine - can be beneficial to your oral health, too.

"What the study found was that two of the polyphenols in red wine can actually prevent dangerous bacteria from sticking to the surface of your teeth," says Dr. Martin Abelar, a dentist from San Diego, California.

The researchers in the study believe that those two polyphenols, caffeic and p-coumaric acids, may aid in this process by forming something called a metabolite, which is created when the polyphenols begin to break down in the mouth.

"The act of simply drinking red wine made it harder for oral bacteria to cling to the teeth, which in itself is a wonderful thing, but the study actually took it further and found there were even more ways to maximize the benefits of these polyphenols," says Abelar.

Those benefits include mixing the polyphenols that naturally occur in red wine with a bacterium called streptococcus dentisani for an even stronger bacteria-fighting impact.

"Streptococcus dentisani has oral probiotic properties on their own, so when you combine them with the polyphenols in wine, it's like giving them superpowers," Abelar says. "Hopefully somewhere down the line they can develop a product that combines the benefits of both. Maybe they can even infuse a wine with it and get the best of both worlds."