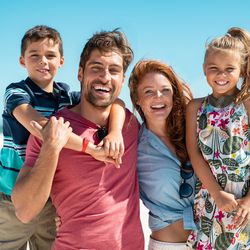 Streptococcus salivarius. It sounds like a bad guy from a Harry Potter book - and in the right conditions, it really is a bad guy to the harmful bacteria in your mouth. But when used to fight that harmful bacteria, Streptococcus salivarius (or S. salivarius) can be extremely beneficial to your overall oral health. That’s because S. salivarius is what is known as a probiotic bacterium, a good bacterium that destroys other, bad bacteria - namely the kind responsible for everything from cavities to bad breath.

So, how exactly does it work? Well, according to a new study by a team in Belgium titled "Circuitry Rewiring Directly Couples Competence to Predation in the Gut Dweller Streptococcus salivarius," that magical-sounding S. salivarius bacteria acts as a predator toward the many strains of harmful bacteria that hang out in our mouths.

"Basically, the S. salivarius is eating the bad bacteria that sticks to the biofilm on our teeth," says Dr. Martin Abelar, a San Diego, California, dentist. "It’s kind of like getting a barn cat to eat the field mice."

The authors of the study agree.

"What they discovered is that the S. salivarius bacterium are doing something known as predation - so basically, they’re just hanging around in your mouth waiting for the bad bacteria to show up, and when it does, they devour it," Abelar says.

So, what does this mean for your mouth? According to the study, adding S. salivarius to your oral cavity (whether via mints, gum or another method) can improve your oral health, because the S. salivarius bacteria is essentially tipping the scales in favor of the good guys.

Abelar says that though adding a probiotic gum or supplement to your diet won’t replace dental cleanings, exams, or brushing and flossing, it can certainly help keep your oral health in great shape - but definitely speak to your dentist before adding oral probiotics to your diet.

"Any time you add a new oral health regimen to your routine, you should always run it by your dentist first," he says. "We want to make sure you are using the right probiotics and using the correct number of probiotics, too."