Is Flossing for Fools? 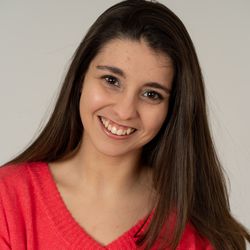 It’s been popping up in your newsfeed. You may have even thought it was a fake article from a farce website. Can it be true? Can you really throw away your dental floss?? Think of all the time wasted from years of flossing! A recent investigation is causing many patients to believe they can finally forego this hygiene habit. According to the investigation, the Associated Press asked the government for evidence that supports the benefits of flossing on oral health, and much to their surprise, they didn’t turn up much in favor of it. For years, dentists across the country have emphasized the importance of daily flossing to their patients. So what is the dental community saying about this? Dr. Abelar and his colleagues are answering with a resounding “Yes! You must keep flossing!”

While floss-haters are rejoicing at the thought of never having to floss again, there are still some very real health benefits to flossing, despite with this recent study would lead you to believe. Almost any dentist you talk to will tell you they’ve seen the benefits associated with flossing. People who floss regularly have healthier gums. Why is that, you may ask? To put it simply, your mouth is the perfect breeding ground for bacteria. It’s dark, warm and moist, making it prime real estate for bacteria to set up camp. Flossing gets rid of the gunk between your teeth and gums that eventually turns into that bacterial build-up. That build-up can lead to some serious dental problems down the road, like gum disease or tooth decay. Regular flossing and brushing are your first lines of defense against bacteria.

It’s also worth noting that both the American Dental Association (ADA) and the U.S. Department of Health and Human Services are still recommending flossing as an important component in your oral hygiene regimen. According to the ADA, the “lack of strong evidence doesn’t equate to a lack of effectiveness,” meaning that just because there isn’t a bounty of evidence in support of flossing doesn’t necessarily mean it isn’t working.

So, before you toss that spool of floss in the trash for good, stop and ask yourself if ridding yourself of the minor inconvenience of flossing is worth the risk of gum disease and tooth decay. Sure, it may add a few minutes to your bedtime routine, but you wouldn’t you rather be safe than sorry? Your oral health is important, so don’t ditch the floss just yet, and remember to schedule annual cleanings and exams with your dentist. Give Dr. Abelar’s office a call today at (858) 866-9692 to schedule your appointment.