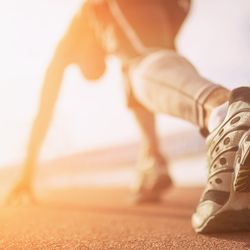 If you’re an athlete, chances are you know the importance of caring for your body. From proper warmups to protect muscles to eating the right nutrition to fuel their energy, athletes must take special care of themselves to optimize their performance both on and off the field. But one area athletes may not give much consideration to is their oral health. Unfortunately, this can be a dangerous behavior, especially for athletes, as their oral health can often be at a higher risk due to the strains they put on their bodies.

Thankfully, a new study has found that improving the oral health of athletes is much easier than it seems. Here’s what researchers discovered in this important project.

The study was conducted by researchers at UCL Centre for Oral Health and Performance (COHP), based at UCL Eastman Dental Institute in London, and published in the journal BMJ Open Sport & Exercise Medicine.

The athletes were then monitored, and their oral hygiene was again evaluated at the four-month mark. Of the initial athletes introduced to the study, 89 percent completed the entire study.

Researchers found that among those who completed the study, the athletes who used prescription fluoride toothpaste increased from eight people to 45, and those who used "interdental cleaning aids" increased from 10 to 21. Another positive? A full 93 percent of athletes said reducing inflammation was the reason for their amped-up oral health routines.

Furthermore, sports performance was improved in the participating athletes. This was measured by the Oslo Sports Trauma Research Center Overuse Injury Questionnaire. Athletes were asked about instances of athletic injury and whether their athletic performance improved. In the survey, scores dropped from 8.73 to 2.73, meaning the oral health initiatives likely had a positive impact on performance. Those who reported no negative impact from oral health went from 32 (51.6 percent) to 54 (98.2 percent).

Dr. Martin Abelar is a dentist in San Diego, California. He was not involved in the study but says it makes sense to focus on athletes when studying oral health because poor oral health often translates to poor athletic performance.