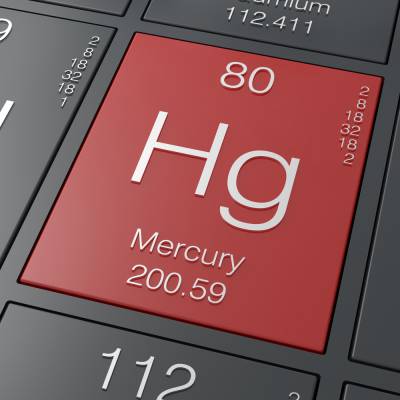 The Environmental Protection Agency is working to minimize and maybe one day completely eliminate the mercury that is entering the waterway and airways in the United States of America.

On December 15, 2016, the EPA passed a new ruling establishing updated restrictions on the disposal of mercury in dental offices among other regulations. The Obama administration approved the ruling, however, when President Trump took office, he rescinded all rulings that had yet to be published to the Federal Register in a sweeping executive order.

The official name of the ruling is the "Effluent Limitations Guideline and Standards for Dental Category" and in this ruling it states that "the purpose of this final rule is to set a uniform national standard that will greatly reduce the discharge of mercury-containing dental amalgam to municipal sewage treatment plants, known as POTWs, in the United States."

Mercury Has a Long History of Harm

As far back as the 17th century, hat makers suffered from Erethism, a neurological disorder associated with mercury poisoning. Of course, at the time no one had a clue as to what was causing the madness or odd behavior exhibited by those in the profession. Today scientists know that the repeated exposure to mercury vapors is what caused the symptoms including slurred speech, depression, confusion, memory loss, among others, suffered by hat makers over the decades.

There really is no need to continue using mercury in dental fillings said Dr. Martin Abelar, DDS, a leading dentist in the San Diego area.

"Mercury is used in amalgam fillings, more commonly called silver fillings, to help bind the material together while in liquid form," he said. Once placed on the tooth the material hardens to create a barrier."

The American Dental Association says that more than 100 million Americans have amalgam fillings and has put out statements on numerous occasions about its safety as a filling material, except for in young children and pregnant women.

Policies in the United States don’t always line up with those of other countries across the globe and dentistry is no exception. In the European Union, dentist offices are expected to begin formulating plans to phase out amalgam completely in the coming years. As of July 1, 2018, the use of amalgam in fillings for children under 15 and for pregnant or nursing women is banned in the 28 countries that make up the EU.

Back in America, the ruling that President Trump rescinded is being reinstated due to questions about the legality of the order. Greenwire reports that the National Resources Defense Council filed a lawsuit because appropriate notice was not given to the public as per required by law. Dental offices around the nation will be required as of July 14, 2020 to comply with the new rulings and any new dental office that open up are required to comply upon opening.

We often don’t think about our mouths affecting the rest of our bodies. Sure, we use our mouths ...

There have been a lot of new so-called dental vitamins introduced to the market this year, promising all ...

Should You Splurge on Designer Toothpaste?

Prestige beauty is a billion-dollar-a-year industry around the world. People want to feel like they’re getting something special, ...

The Pesky Problem of Bad Breath

Bad breath. Nobody wants it, and sometimes it can be nearly impossible to tell we have it. That ...

Foods That Are Good For Your Teeth

You’ve probably already heard of the many foods that are bad for our teeth. Sticky candies, gum with ...