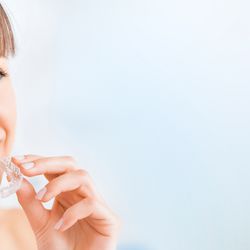 There are approximately 30,000 cases of Lyme disease reported a year and the numbers are rising, according to the Center for Disease Control. They caution that the months of May through July are the most concerning time of the year in the United States as more people will suffer tick bites during these months than the entire rest of the year.

Not all ticks carry diseases and a bite by a tick does not mean disease is present. However, the biggest concern surrounding tick bites is due to their ability to transmit Lyme Disease, caused by the bacterium Borrelia burgdorferi, through a bite to a human. This disease can be incredibly dangerous and can affect the joints, heart and even the nervous system.

The most common sign to look out for in the first 30 days after a tick bite for possible Lyme disease is a bull’s eye rash around the site of the bite. This rash is called an Erythema migrans rash and is found in about 70 to 80 percent of those infected with Lyme disease says the CDC. Some characteristics of this rash include:

Not to be confused with an Erythema migrans rash, a small red bump at the site of the bite, similar to a mosquito bite, is common and as long as it goes away after one to two days it’s not indicative of Lyme disease according to the CDC.

Other signs to be aware of include:

A new publication by the America Dental Association says that needing a trip to the dentist could be an unsuspecting sign a tick bite is becoming trouble. Some of the symptoms of Lyme disease can mimic those of TMJ disorders, according to Dr. Martin Abelar, DDS, a leading dentist in the San Diego area.

"TMJ disorder affects the jaw and often includes facial pain, headaches and joint or muscle pain in the jaw," he said. "Dentists should not rule out Lyme disease when evaluating patients who are presenting with these symptoms and should find out if they have been exposed to an area with ticks. A referral to their primary physician may be the best course of action if they believe they have been bitten by a tick in the last 30 to 60 days."

Lyme disease’s multi organ and systemic characteristics can make it hard to diagnose in many cases. In fact, the CDC says that even though 30,000 cases are reported a year, they believe the number of those likely suffering from Lyme disease is closer to 300,000.

Lyme Disease is Not the Only Tick-Related Illness

Lyme disease is the most well-known tick-borne illness in the United States, but there are many more diseases spread by ticks across the world, including America. The different diseases can depend on the region and the species of tick, among other factors. For example, Lyme disease is a more prominent tick-related illness in the Northeast and Midwest. Some other tick-related illnesses to be aware of include: