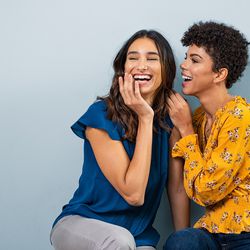 Be honest: When you think about wearing braces, what’s the first thing that comes to mind? For most adults, it's probably those already-awkward teen years spent with your teeth crisscrossed in painful metal brackets that not only made you feel self-conscious, but also robbed you of the many joys of teen and preteen fun, like bubblegum, potato chips and, yes, even first kisses. But today, braces – and the faces of those who wear them – are changing. Braces aren’t just for kids anymore. In fact, here at Dr. Abelar’s practice, the average age of braces wearers is not a tender 14, but 40!

So, why are so many adults hopping on the braces bandwagon now? Well, the answer to that question probably varies more by individual situation than anything else, but regardless of the reason, what every adult with braces has in common is the desire for a straighter, healthier smile.

Wait, healthier? Yes! You may not have realized this, but straighter teeth equal healthier teeth. That’s because not only is your bite better aligned (which means less jaw pain, less occurrence of TMJ disorders and less teeth-grinding, or bruxism), but your teeth are also easier to brush and floss! And, oh yes, they look better, too.

So, why now? What we’ve found is that many adult patients have had braces before – usually as teens or preteens – but over time, their teeth have shifted back to their original position, or at least shifted enough that it has caused a noticeable difference. Why does this happen? Well, in a word, retention. You see, the key to success for any braces patient, whatever their age, is retention. Retention is usually achieved by using a device called a retainer, which holds your teeth in place.

Nobody really likes to wear their retainer. If they did, nobody would ever need to get their teeth redone later in life. But the fact is, without using a retainer, your teeth are most likely going to shift back. The good news is that after a few months of wearing your retainer 24/7 following the removal of your braces, you will eventually be allowed to wear it much less frequently, usually just when you go to bed. Then you can remove it in the morning, soak it in denture cleaner, and not worry about wearing it again until bedtime.

Unfortunately, however, skipping that one seemingly insignificant step can cost you that perfect smile – not to mention thousands of dollars’ worth of orthodontics treatments for the second time around.

The good news is, if you did have braces as a kid, a lot has changed. For starters, we don’t remove teeth to make room for crowding anymore. This has been found to cause serious problems later in life, such as sleep apnea, which can be deadly if left untreated. You also aren’t limited to the big silver wires and headgear you may have had as a kid. Today brackets can be clear, and if you’re really lucky you may even qualify for straightening trays such as Invisalign, which fit over your teeth and are virtually undetectable. Best of all, Invisalign aligners often work faster than traditional braces, making your treatment that much shorter. They are also much easier to care for, and make cleaning your teeth a lot easier, too.

If you are on the fence about getting braces as an adult, don’t be! Schedule a consultation with Dr. Abelar and learn all the ways realigning your teeth as an adult can help everything from your confidence to your bite and everything in between. We have a feeling once you get started you’ll wonder what took you so long in the first place!