What Is Black Hairy Tongue? 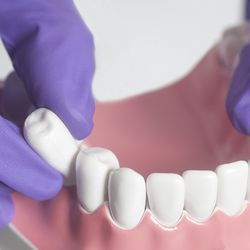 A recent article in the New England Journal of Medicine highlighted an interesting case of a rare medical condition called "black hairy tongue." Unsurprisingly, the condition basically makes you look like you’ve got a black hairy tongue - hence the name. But, what causes this bizarre condition, and are you at risk?

In the case of the woman featured in the journal article, it apparently started with a motorcycle accident, which caused injuries that became seriously infected. The patient’s doctors prescribed her two separate antibiotics to fight the life-threatening infections: meropenem and minocycline. Several days later, she began to notice her tongue was turning black. Soon after it looked as though it had sprouted hair.

The good news is, her tongue didn’t actually grow hair - it was just the papillae of the tongue (home to your taste buds!) becoming elongated and darkened due to the antibiotics. But antibiotic use isn’t the only cause of black hairy tongue. It also can develop from smoking, peroxide mouthwash, poor oral hygiene, menthol and witch hazel.

Though it may look (really, really) weird, black hairy tongue is neither dangerous nor permanent, and the cure is simply cessation of whatever behavior is causing it. So stopping the antibiotics or quitting smoking, for example, should make the papillae return to normal.

To learn more about the importance of oral health, or to schedule an appointment, please call Dr. Abelar’s office at (858) 866-9692.