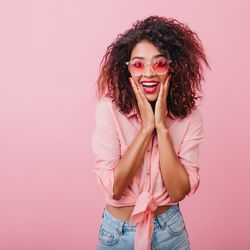 Let’s face it: The human body is a weird thing, and doctors haven’t even scratched the surfaces of how weird it really is. One body area that still holds many mysteries is the mouth. The gateway to the rest of our body, the mouth has been the subject of many research projects in modern science, and experts have found some pretty cool facts that might interest you. Here, Dr. Martin Abelar, a dentist from San Diego, California, shares some cool oral health facts.

Take a bite out of this! Did you know that the human bite creates 200 pounds of pressure? That’s a lot of strength for just one mouth. You can thank your jaw bones and your teeth for that, says Abelar. But he does caution that, despite its strength, you should only use your bite for food - not for opening packaging or chewing inedible objects. Furthermore, if you find yourself grinding your teeth, speak to a dentist, because all that pressure can really take its toll on your enamel!

Speaking of enamel, Abelar has a fun fact about that, too.

"Tooth enamel is the hardest substance in the body," he says. "It's even stronger than bone!"

Another fun fact: You can "sprain" your teeth by hurting a ligament known as the periodontal ligament (PDL). According to Abelar, this is a little different from the typical sprain you’re used to hearing about elsewhere in the body, but a PDL sprain can still cause pain and inflammation in the mouth.

"The good news is it goes away, and it can usually be treated with over-the-counter pain relievers in the interim," he says.

But there’s more! Did you know that teeth have been found elsewhere in the human body besides the mouth? According to Abelar, they’ve even been found growing in the stomach.

"Here’s a cool fact you may not know," says Abelar. "Did you know that some animals like sharks and alligators can regrow lost teeth?"

That’s bad news for their prey!

Unfortunately, it’s not all good news. According to Abelar, the second most common disease is tooth decay, which in most cases is entirely preventable. The average human spends 38 days (yes, you read that correctly!) brushing their teeth in a lifetime, so cavities and periodontal disease should be easier to prevent. But Abelar says if you are brushing and flossing regularly and still experiencing trouble, you should consider doing more than the minimum.

"Brushing and flossing twice a day for two minutes at a time is just a minimum guideline," he says. "If you are putting in the minimum and still experiencing oral health problems, bump up your routine to three times a day, or three minutes at a time - and make sure you are flossing at least once a day."