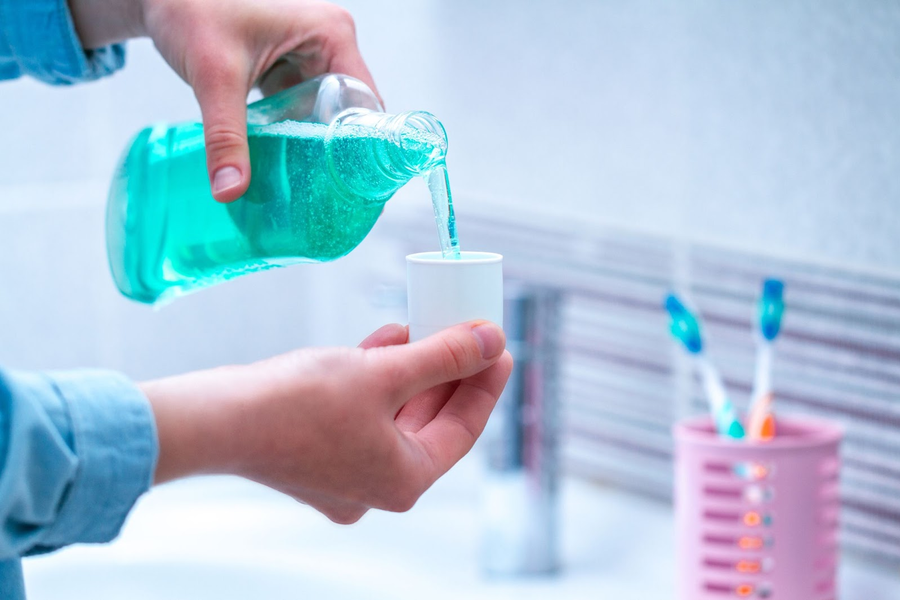 Even if you don’t use it, you may have heard of an app called TikTok. TikTok is a viral video app where users can make short videos and share them with the world. The app has millions of users around the world, including celebrities, businesses, and the rest of us. Recently, one video from a dentist in London went ‘viral’ after she state that you shouldn’t use mouthwash after you brush your teeth - bucking the common wisdom many of us have been taught over the years.

Viewers of the video became confused, leading the dentist to post several follow up videos to explain her stance further. You see, her claim is that by using mouthwash following brushing, you are essentially washing away the fluoride deposited on the teeth by the toothpaste you just used, thus removing the benefits of that fluoride to your teeth.

So, when should you use mouthwash, if at all? While it remains a matter of personal preference, the dentist in the video believes you should use mouthwash after eating in lieu of brushing, so you don’t weaken the enamel on your teeth from brushing too soon after eating. This can occur if you have eaten or drank something with a high acid content, such as citrus, tomatoes, or even wine.

Another time that could be more effective for using mouthwash is before brushing, to loosen debris in the mouth and make the toothbrush’s job a little easier. Still, while mouthwash isn’t a necessary step, it can be beneficial at any stage of your oral health routine.

If you do decide to use mouthwash, look for a brand that does not contain alcohol, as this can be very drying, and can make problems like bad breath worse, not better. Alcohol has also been found to cause oral cancer, and many dentists find it safer to skip mouthwash brands with alcohol as an active ingredient.

If you would like to incorporate mouthwash into your routine, speak to Dr. Abelar about the best brand for your mouth and your individual oral health goals.