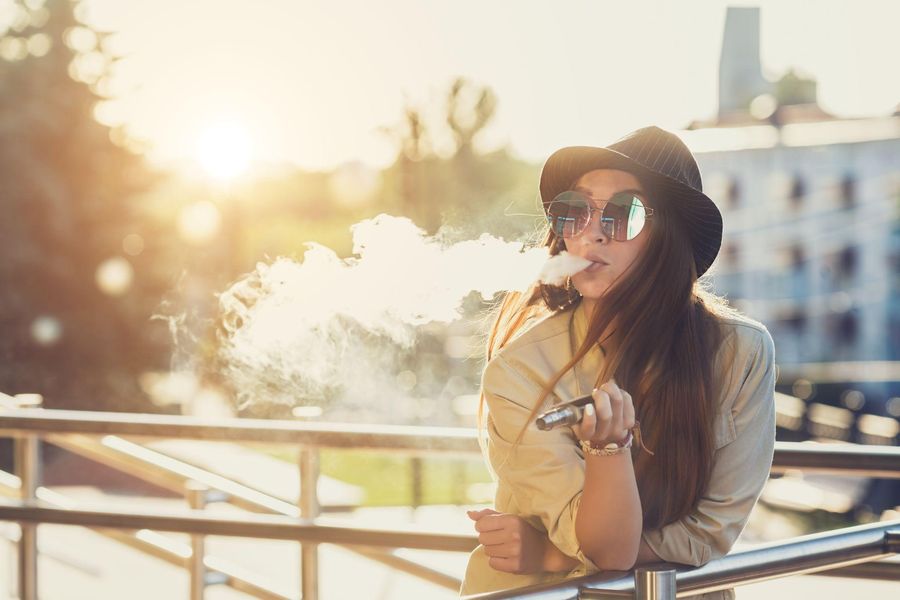 Meta: Another study has revealed the dangers of vaping with e-cigarettes on  high heat on the oral cavity.

Vaping. It’s been touted as a “safe” alternative to smoking traditional cigarettes, but while it does have some benefits over cigarettes, studies have shown time and time again that vaping simply isn’t safe. From exploding e-cigarettes to the dangerous aerosol that is left behind on floors, walls, and furniture, vaping e-cigarettes is more dangerous than one might think.

Now, a new study has revealed that vaping at high temperatures could be more damaging to the oral cavity than lower temperatures. Here’s why.

The study was published in the Journal of Environmental Research and Public Health, and looked at four different power settings on modifiable e-cigarettes affected the color, metal contents, mass, viscosity, and pH of vaping fluid aerosol. What they found was that at high power some of those factors became elevated.

The study found that the aerosol mass as well as the nicotine content of the vaping fluid increased.  Furthermore the vaping fluid became more viscous and turned yellow, which may contribute to stained teeth. Researchers warn that vaping fluids may contain a variety of metals such as lead, zinc, cadmium, chromium, magnesium, nickel, iron, copper, arsenic and aluminum, all of which could increase as the heat increases.

Authors of the study also noted that heating the vaping fluid can change its physicochemical properties, which can be extremely dangerous, as it can damage both the oral and respiratory systems. Furthermore, heating the vaping fluid was also found to cause burns in the mouth, as well as causing the fluid to thicken and become a sticky film which coats the teeth and is difficult to remove.

Naturally, the solution to this is to quit -or never start- vaping. While this is easier said than done, if you do vape with e-cigarettes, speak to your physician about a smoking cessation program. While yes, vaping is considered safer than smoking, it is still dangerous and addictive.

If you do vape, remember to maintain your oral health and brush your teeth at least twice a day, or more, especially following your vaping session. It’s also imperative that you attend your twice-annual exams and cleanings with Dr. Abelar, to help clear away any dangerous film left behind from vaping fluid.

To schedule an appointment with Dr. Abelar, please contact the office today!

The Dangers of the Social Media Mouth Taping Trend