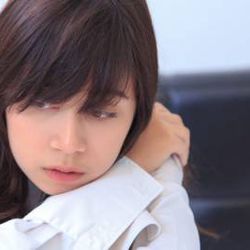 For women around the world who have made the decision to stop having children, very few permanent options are available. Historically, women seeking permanent birth control have had to rely on surgical procedures such as tubal ligations or hysterectomies. But all that changed in November 2002, when the FDA approved the world’s first permanent birth control, a device called Essure.

Designed to induce fibrosis by essentially injuring the fallopian tubes and creating scar tissue, the Essure device is surgically inserted into the fallopian tubes to block eggs from fertilizing. Working under the same principle as a tubal ligation, Essure was designed as a faster, easier alternative to the tubal ligation because it could be implanted in-office and with much less anesthesia. But, despite its good intentions, the device has come under scrutiny in recent years, following complaints of a long list of serious side effects believed to be caused by the implant.

"I’ve read it has caused everything from hair loss to fatigue," says Dr. Martin Abelar, a dentist in San Diego, California. "But what I found most troubling as a dentist was that it has been linked to tooth decay and even tooth loss."

Though it’s not known exactly why Essure could be causing many of these issues, some doctors believe it is due to an autoimmune response triggered by one main ingredient in the Essure coil: nickel.

"Nickel allergy occurs in about 10 percent of the population," says Abelar, "but we see it most often with jewelry."

Nickel allergy usually shows up in the form of dermatitis of the skin, usually in the exact spot where the nickel touches the skin, such as on earlobes or around the neck where a necklace would sit.

"But inside the body, it’s hard to know what an allergic reaction might look like," says Abelar.

Abelar says patients who believe they may be experiencing negative side effects from Essure should speak to their doctor immediately. Other reported problems include heavy periods, migrating devices and even pregnancy. Women who have had their devices removed have reported additional side effects from the surgery, and some have required full hysterectomies.

"Unexplained tooth loss or even hair loss is a huge red flag," says Abelar. "If something seems strange - for example, you take great care of your teeth but they’re painful or falling out - don’t wait until it gets worse to seek help."