Is That E-Cigarette Really Better? 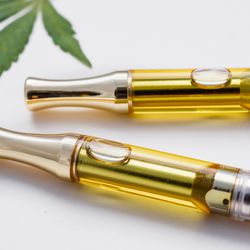 Making changes to your lifestyle for the sake of your health is a noble endeavor, but some changes are easier to make than others. Take, for example, quitting smoking. Everyone knows smoking is bad for you, but thanks to addictive additives like nicotine, quitting is usually much easier said than done. As a result, in recent years many cigarette smokers have made the swap from cigarettes to e-cigarettes. Also known as "vaping," smoking e-cigarettes has been touted as a healthier alternative to traditional paper cigarettes, but little is still known about the long-term effects of this relatively new method of smoking on the body.

Thankfully, it appears that researchers are paying attention, because the effects of e-cigarette smoking on the body was the subject of a recent report that compared the effects of vaping to traditional smoking. The study delved into whether using both cigarettes and e-cigarettes raised a person’s levels of a chemical known as tobacco-specific nitrosamines. What they found was that even when smokers used just the smokeless tobacco, or "vaped," they still are exposed to high levels of carcinogens - either at the same level or even higher levels than people who smoke traditional cigarettes.

So what does this mean? It means that when it comes to cancer-causing carcinogens, vaping is no safer for you than smoking traditional cigarettes. Granted, vaping is still better for you than smoking traditional cigarettes, because it exposes the user to fewer toxic chemicals. But as this study proves, it's not by much. And that means your best bet is still quitting – both cigarettes and e-cigarettes.

If you need help quitting or would like to discuss your oral health concerns, give Dr. Abelar’s office a call at 858-866-9692.