If You Love Root Beer, You're In Luck! 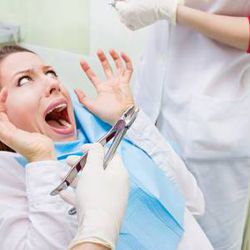 According to a new study, root beer is the least harmful soda when it comes to your teeth. One of the most prevalent myths surrounding tooth decay is that sugar causes it. While sugar does play a role in the formation of cavities, it’s not the sugar itself that leads to decay.

"The natural bacteria that everyone has in their mouth feeds on sugar, and the result is acid that produces plaque buildup. Once plaque forms, it begins to wear away at the hard outer surface of the teeth, called enamel, until it reaches the inside of the tooth and patients start to feel pain or sensitivity."

The problem with some soda is that its acidity ranking can be higher than that of battery acid. Battery acid has a pH level of 1.0, while some soft drinks ranked as high as 2.52.

Some believe switching to diet or sugar-free sodas is the solution to saving both their waistlines and their teeth. However, these alternatives come with their own dangers. They contain acids that erode teeth at the same rate as regular sodas. Sports drinks and juices contain sugar and acids that make them problematic as well. However, soft drinks are ten times more erosive than fruit juices.

"Sipping sodas throughout they day is one of the worst things you can do to your teeth. If you can’t give up sodas or other sugary drinks entirely, limiting them to mealtimes and finishing them in one sitting is the best solution. Drinking through a straw may help limit the amount of contact they have with your teeth and following up with a glass of water will help neutralize some of the acids."

So, why is root beer better than cola? Many will be surprised to find out it’s actually been around longer than colas. Because it lacks the carbonation and acids found in most sodas, it has a less damaging effect on the teeth. It’s certainly still not healthy, but a better choice than the typical lineup of sodas.

According to the Associated Press, Americans drink 44 gallons of soda a year. That’s almost double the 20 gallons a year reported in 1966. Numbers do seem to be going down as the consequences of consuming these beverages is brought to light by scientists and researchers around the world. In 1998, soda intake was a whopping 58 gallons a year, reaching an all-time high.

Now, water consumption is rising and is up 38% since 1998. But soda sales are still five times higher than those of bottled water. Environmental concerns for the mass amounts of plastic waste that bottled water contributes to has many people content to drink tap water. Cities around the nation are taking steps to increase the quality of their tap water and promote it through advertising and marketing campaigns.

The body is composed of about 60% water. Without a balance of the amount of water lost and water gained each day, dehydration can become a big concern. It affects every part of the body from organs to muscles, to skin. Drinking eight glasses of water a day is a great start, but how much you should drink depends on several factors. The two most important are your weight and your activity level. Talk to your doctor to determine the optimum amount of water intake for you.