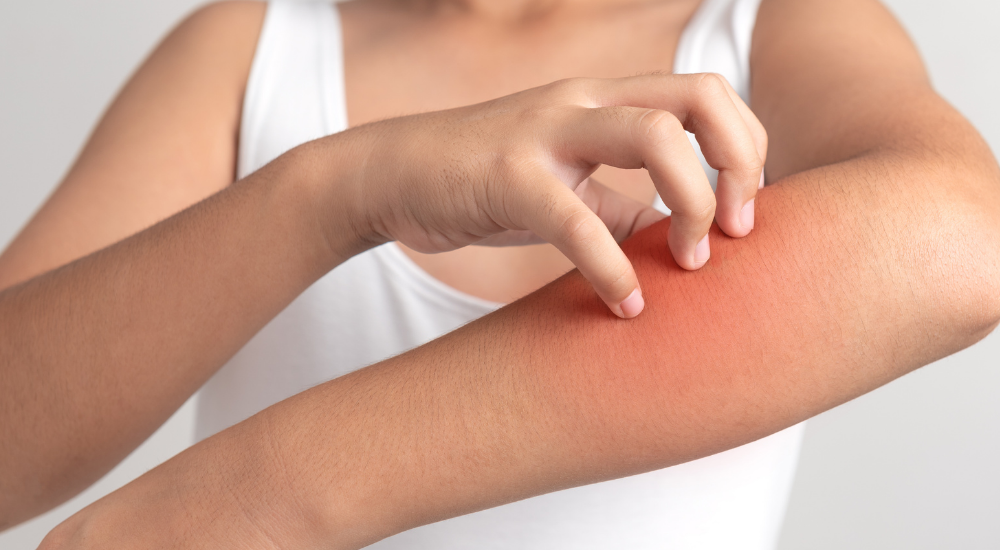 Are you one of the 7.5 million Americans that suffer from the medical condition known as psoriasis? Psoriasis is an immune system issue that is triggered by stress, colds, and infections. Psoriasis can often cause rashes on the skin, nails, and painful swelling in the joints of the body. Psoriasis often presents itself as ‘scales’ on the skin, and for those with joint swelling, as what is known as psoriatic arthritis. Though there is no cure for psoriasis, some people may find relief with medications and by changing their diets to a more healthy diet rich in fruits and vegetables.

Kaffenberger believes psoriasis could originate from a very unexpected source: your oral health. It seems that psoriasis could be encouraged when the body is working hard to fight off gum disease, because the immune system is weakened to kill the infection "When your body is attempting to fight this bacteria, probably it develops a little bit of a cross-reaction with the skin at the same time," says Kaffenberger.

In his study, Kaffenberger examined 100 patients who had psoriasis and 165 who did not. Among those with psoriasis, many reported pain in their gums. Kaffenberger blames lack of access and lack of dental care in general for the link between the two conditions, stating that many patients may not realize they even have gum disease, making it impossible to treat, and thus making symptoms of psoriasis continue for longer than needed.

If you do suffer from psoriasis, Dr. Abelar recommends getting regular dental screenings and if you happen to also suffer from gum disease including gingivitis or periodontitis, seek treatment for these conditions, as it could improve your psoriasis symptoms.

To prevent gum diseases, remember: brush twice a day for two minutes at a time, and floss at least once a day. This is the best way to not only prevent gum disease, but it also wards off cavities and other systemic conditions such as some cancers, diabetes, stroke, heart disease, and Alzheimer’s disease.