Are Our Teeth Getting Worse? 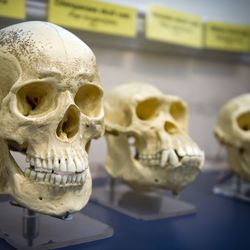 A recent study conducted at Queen Mary University in London has revealed some startling data about the teeth of modern-day Brits. The study, which analyzed the condition of teeth from over 200 adult skeletons - some of whom had been deceased for over 300 years - found that the condition of ancient Britons' teeth was actually better than many modern Brits!

But how can this be? After all, we have toothpaste, toothbrushes, fluoride and dental cleanings nowadays. Surely with these modern improvements in oral hygiene, our teeth are better than they were 300 years ago. As it turns out, not so much. In fact, according to the study, the average skull had nine missing or decayed teeth, while today’s Briton has an average of 13.5 missing or decayed adult teeth. British children don’t fare much better, with nearly three-quarters of British 5-year-olds having three to four decayed teeth.

So what’s behind this increase in cavities and tooth loss? Public health officials and researchers believe it’s the rise of the almighty sugar. Sugar is in almost every processed food we consume, including foods that are considered salty or savory. In fact, in those 300 years since the skulls used in the study were alive, sugar consumption in the United Kingdom has skyrocketed from 3.9 pounds of sugar per year to 50 pounds of sugar per year. If you think that’s bad, the average American consumes an estimated 152 pounds of sugar per year - that’s more than three times the average Briton!

As for how to combat this public health crisis, the option to eliminate or reduce sugar may go a long way, though it’s often easier said than done. As we mentioned before, sugars are added to nearly every product we eat, from soda to frozen dinners to condiments and even salty foods like crackers. Worse yet, some products we think are healthy are packed with sugar, such as fruit juices.

The other solution of course is those dental products we mentioned before. It’s great that we have access to them, and that access gives us an edge over our ancestors, but they’re only helpful if you use them. That means brushing twice a day, flossing daily, and attending regular dental checkups with Dr. Abelar.